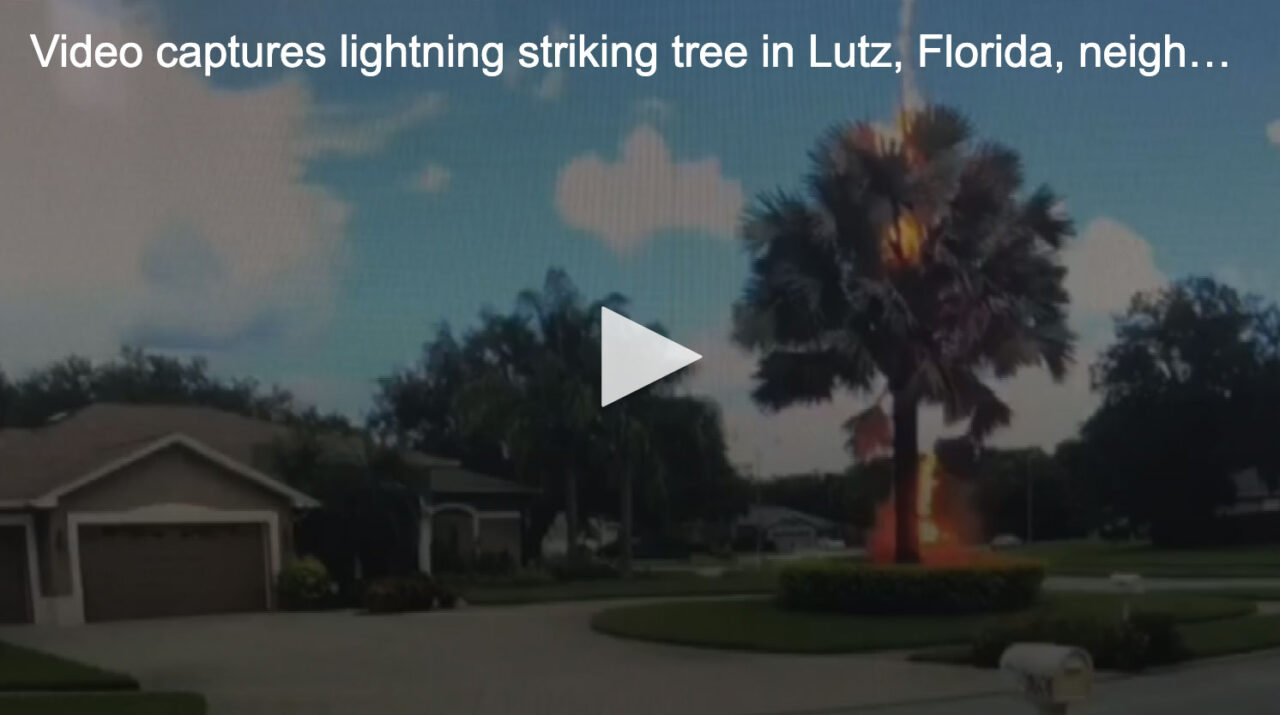 Jonathan Moore was working outdoors last Monday afternoon in Lutz, a Tampa suburb when he witnessed a huge lightning bolt strike a palm tree a mere 75 feet from where he sat in his car.

His camera recorded the entire event. He reported a loud boom moments prior to the tree being struck (which is interesting because it’s supposed to happen in the opposite order).

The weather had called for thunderstorms at some point during the day, but at the time of the strike there was no rain, the sun was shining and the sky was blue and cloudless.

“A bolt from the blue” is a very poetic turn of phrase, however, the meaning has its origins in an anomalous phenomenon. Lightning strikes usually occur when the skies turn a dark ominous grey heralding the beginning of a dramatic rainstorm. When skies are clear blue and the sun is shining, a huge clap of thunder followed by a vicious lightning strike is the last thing anyone would expect to hear or see.

According to the National Oceanic & Atmospheric Administration, a “bolt from the blue” originates from the side of thunder clouds, travels through clear skies for a significant distance (up to 10 miles), and angles down before reaching the ground.  Channel 10 chief meteorologist Bobby Deskins claims the bolt traveled eight miles from the original storm cloud.

According to the National Weather Service, the central Florida peninsula (from Tampa Bay to Cape Canaveral) boasts the highest lightning concentration in the U.S. It’s estimated that 90 percent of this spectacular light show takes place between May and October, and the hours of noon and midnight.

In 2019, lightning was responsible for 27 fatalities in the U.S., and 243 serious injuries. So far in 2020, a dozen deaths have been reported due to lightning strikes.

A shaken Moore states that people need to be on high alert when thunderclaps are present. When thunder roars, go indoors, even if it’s sunny.

Moore was unharmed but the palm tree lost a large limb in the incident.

Watch the bolt from the blue video:

previous
Do you need a permit to remove a tree in the Tampa area?
next
Tree hits car in Tampa: Dead tree falls on auto totaling the vehicle