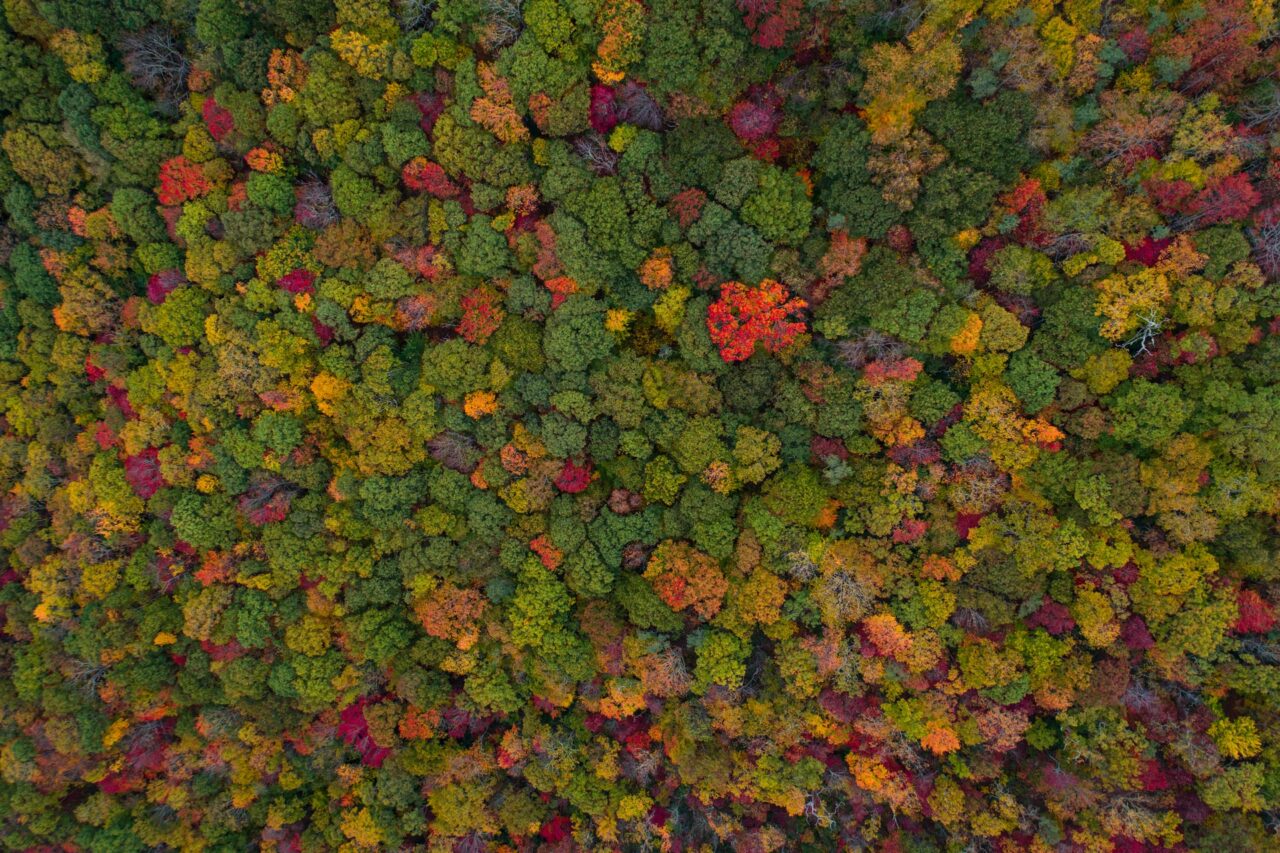 Forests have been called the “lungs of the planet” — and for good reason. Trees efficiently absorb CO2 and remove it from the air, simultaneously storing it while releasing life-sustaining oxygen. In fact, one tree provides enough oxygen for four humans. But we have a problem. Forests are being cut down at unprecedented rates while CO2 is rising fast.

The United Nations’ Food and Agriculture Organization estimates that almost half of the planet’s tropical forests have been clear cut, and almost 18 million acres of forest are lost annually to various industries. Additionally, in a disturbing report from the University of Michigan, an estimated 90 percent of the U.S.’s indigenous forests have been removed since the year 1600.

The fact of the matter is that while 30 percent of the planet’s carbon emissions are effectively absorbed by forests and soil the other 70 percent remains in the atmosphere. The dramatic increase in deforestation and soil erosion over the last 50 years threatens to severely impact the rate of CO2 absorption.

Making matters worse, as life-sustaining trees are systematically removed, many are replaced with heat-absorbing asphalt and concrete structures, making cities much warmer. Trees provide much-needed shade and release water, and are known to cool cities by up to 10 degrees Fahrenheit.

The debate as to whether climate change is being caused by humans or not is irrelevant. The fact of the matter is, the world’s forests are a vital part of our ecosystem and they are being razed at alarming rates. CO2 is rising faster than any time in history and along with it temperatures are rising.

Could reforestation stem global warming? Planting massive amounts of trees could play a pivotal role in healing the Earth’s ailing atmosphere. In fact, just one acre of trees is capable of absorbing the amount of CO2 generated by driving a car 26,000 miles!

There are at present, organizations actively supporting reforestation initiatives. In 2018 the Intergovernmental Panel on Climate Change recommended planting 2.3 billion acres of new forests. This measure could potentially help limit the increase of the global average temperature to 1.5 degrees Celsius or 2.7 degrees Fahrenheit above pre-industrial levels by 2050.

How many trees do we need to plant?

There is much speculation as to whether or not these restoration goals are achievable. There is no way to predict future climate conditions or estimate how much tree cover would be possible. If the reforestation plan is realized it will be a massive undertaking. In fact, reforestation of a billion hectares — an area equal to the landmass of the U.S. and Canada combined — could take hundreds of years.

Moreover, trees often take a hundred years to reach maturity. Many of the national forests are considerably less than 100 years old because they are perpetually recycled. This trend could prove to be problematic as newer forests take longer to absorb carbons from the atmosphere.

Reforestation will take a concentrated effort on the part of arborists and nurseries across the globe. Currently, there is a severe dearth of seedlings, and the U.S. will need to increase production to at least three billion annually, more than double their current levels. This shortage of seedlings is addressed in a new study in the journal Frontiers in Forests and Global Change.

Trees are just part of the solution

Reforestation would merely be the beginning of the Herculean effort to stem the rise of CO2. Scientists and governments around the world certainly have their work cut out for them. A comprehensive evaluation of mass deforestation and its effects on climate and carbon cycles is sorely needed in order to determine what role reforestation can play in cooling the planet.

Hopefully, with the many advancements in this field, we’ll soon breathe an unencumbered, collective sigh of relief.