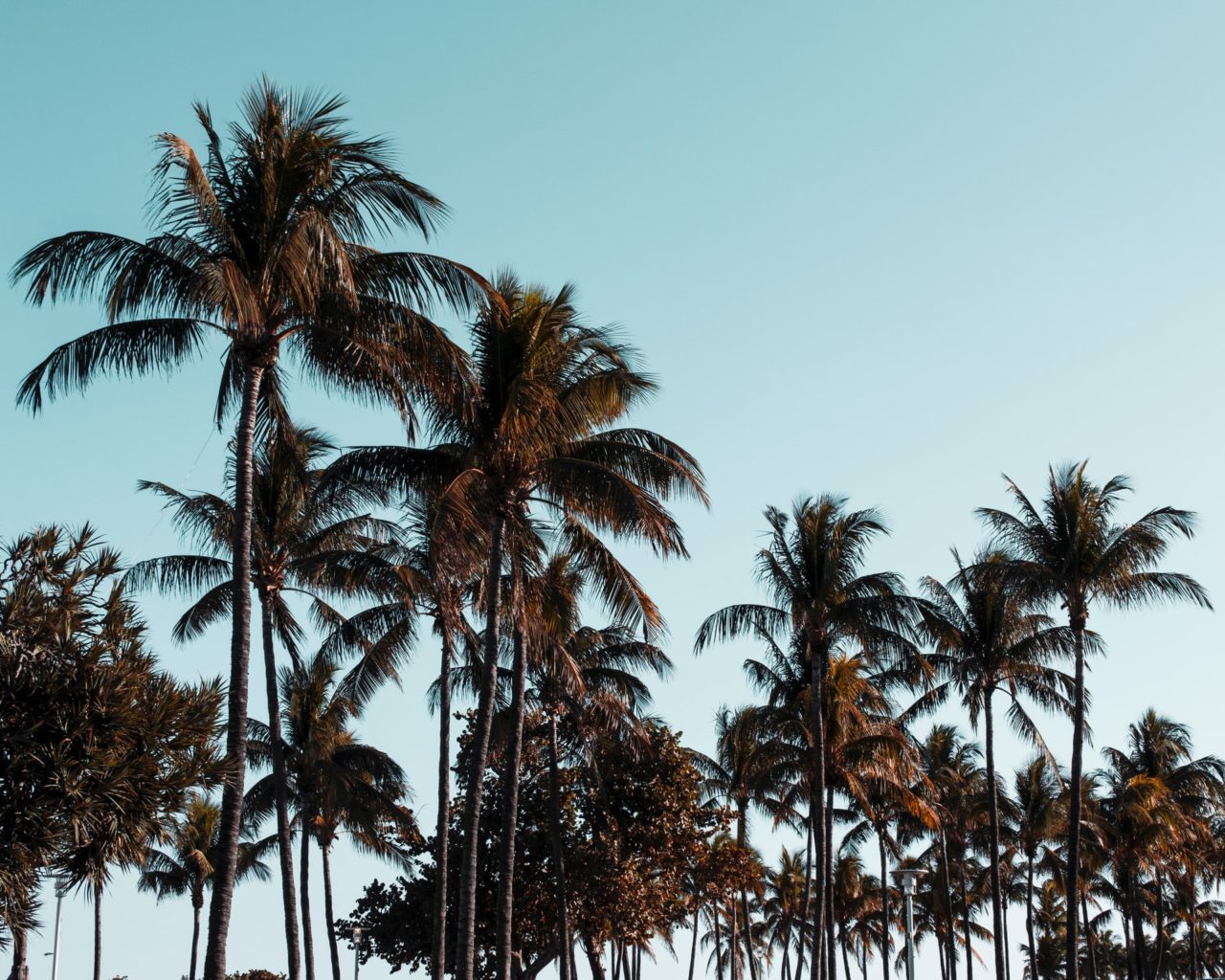 Tampa Bay’s palm trees are being devastated by a tiny insect called a planthopper (Anrthropoda cixiidae). The flying insect carries a parasite called Phytoplasma that can cause diseases not only in palms trees but also grapevines, sugar beets, and lilies. And thus far there seems to be no stopping the little buggers. There is no cure for this disease. Once infected palm trees turn into dried crisps in a matter of a few months.

The stately, broad-leafed Florida sabal, the official state tree, has been the most vulnerable to what is now known as “lethal bronzing.” Many Tampa Bay area homeowners and nurseries are being hit hard financially as they must abandon many dead trees. If a solution isn’t found soon, the Florida landscape will be rendered unrecognizable.

After infestation, any planthopper that feeds on the tree will then spread the contagion to other healthy palms. The initial symptoms are slow to manifest. Once a tree is infected its fruit will eventually begin to drop prematurely and flowers will die off, leaving only brown, dry leaves. Tens of thousands of palm trees have fallen prey to this bacterial disease.

Scientists are stymied as to how the disease made its way to Florida. The disease first appeared in Texas in the 1980s where the infestation was aptly named “Texas Phoenix Palm Decline.” At the time, the scourge was thought to infect only date palms in Texas and Phoenix. However, lethal bronzing has now spread to 31 counties in Florida, as far south as Broward and to the north in Duval. The Tampa area appears to be ground zero.

So far, the only preventative measure is to administer healthy trees with the antibiotic oxytetracycline every three or four months. It is not an ideal solution. It’s prohibitively expensive at fifty dollars per tree, four times a year, and it’s not guaranteed to work.

The best protocol for saving palms at this point is testing for phytoplasma and the removal of infected trees. Prevention is going to be the most effective tactic in keeping our beautiful palms trees swaying in the gentle Florida winds. Applying antibiotics after an infection is like a bandaid on a festering wound.

The most important place for preventative practices is in Tampa Bay’s tree nurseries. Dr. Brian Bader, assistant professor of entomology ad UF/IFAS had this to say: “We’re trying  simultaneously to stop the spread of the disease in the nursery, which is where most of it, I believe, is occurring – I’m hoping if we can control the vector in the nursery and slow the spread there, that will have a trickle-down effect in the urban environment”

It’s important that homeowners look for signs of lethal bronzing early even if the palm appears to be in perfect health. If you live in the area and notice any signs of the disease call a Tampa Bay tree service and get all of your palm trees tested immediately. Best of luck!

Photo by Karl Bewick on Unsplash